The new Apple Watches for 2022 were unveiled during Apple’s keynote in September 2022 and they are now all available at various e-tailers. Find all the offers to get them at the best price. 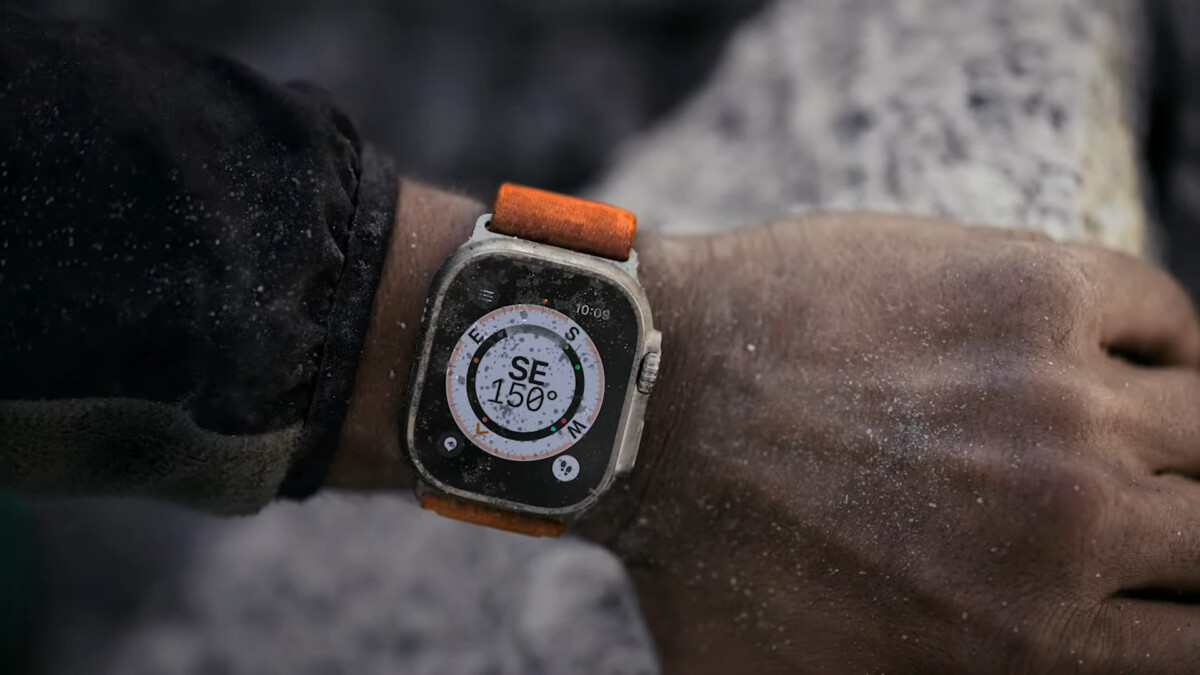 Alongside the new iPhone 14 and AirPods Pro 2, Apple presented new connected watches during its September 2022 keynote: the Apple Watch Series 8, the Apple Watch SE (2022) and the Apple Watch Ultra. If the first two replace the previous models, the Watch Ultra is the small star of the group which stands out from the others for its robustness and its advanced functionalities for athletes. If you are interested in one of these three new Apple wearables, you can already buy them according to the desired model.

Where to buy the Apple Watch Ultra?

The Apple Watch Ultra is available at 999 euros in a single 49 mm version (GPS + Cellular). It will be released on September 23..

Where to buy the Apple Watch Series 8?

The Apple Watch Series 8 is now available from 499 euros for the 41 mm GPS-only model. The watch is also available in a 45mm GPS-only version at 539 euros. The price then varies depending on the 5G compatibility, the case and the bracelets chosen.

Apple Watch Ultra: the most high-end

There were many rumors about the arrival of a potential Apple Watch “Pro”. Apart from the name, these turned out to be true since the Californian firm drew a third connected watch in its catalog: the Apple Watch Ultra. As its name suggests, this smartwatch is not intended for the general public and turns out to be the most ambitious Apple Watch ever.

It takes the flagship design of Apple wearables, but with a much larger format. It must be said that the titanium case is 49 mm, a first on an Apple Watch – enough to impress once on the wrist. With such a large display area, users will be able to view more data such as calories burned, number of meters walked, heart rate, etc. The screen promises to be twice as bright – 2,000 nits – than any other Watch screen.

Designed for sportsmen and women, this Apple Watch is more resistant. It has a case protected by sapphire crystal to be ready for any eventuality, whether in the desert in 55 degrees, or on top of a mountain in -20 degrees. It is also IP6X certified for dust (and underwater up to 100 meters), and can even be used for scuba diving up to 40 meters. It is distinguished by the addition of a new button which will be used to activate quick controls (start workouts instantly, for example). The Digital Crown is still there, but bigger. The GPS becomes more precise, as well as the compass with the possibility of placing markers and retracing your path. In terms of autonomy, Apple promises 36 hours on a single charge and up to 60 hours with energy saving mode, compared to 18 hours for normal. On the other hand, the addition is rather salty: the price amounts to almost 1,000 euros.

To find out even more, do not hesitate to read our complete test on the Apple Watch Ultra.

The Apple Watch Series 8 does not fundamentally change from previous versions, and offers a square dial with slightly rounded edges, the famous Digital Crown for navigating the interface, as well as an OLED Retina Always-On Display screen.

The real novelties are at the level of the sensors, including a temperature sensor which makes it possible to follow the menstrual cycle. This version would be able to indicate the arrival of the ovulation period. The Series 8 also introduces a new mode, the Low Power mode, or low consumption mode, which will allow the autonomy to be extended from 18 hours in normal times to 36 hours. Apple also promises international roaming, or connection abroad. This novelty is compatible up to Apple Watch Series 5.

Another novelty, which is present on both the new iPhones, but also on the Watch SE (2022), is the possibility of detecting car accidents. This function will simply automatically call for help without the user needing to take any action. For this, Apple has updated the gyroscope and accelerometer of its devices in order to have more precise measurements and avoid false alerts.

To find out even more, do not hesitate to read our complete test on the Apple Watch Series 8.

Apple Watch SE (2022): the connected watch at a low price

The SE range is highly appreciated by those who wish to acquire an Apple product without paying a high price. The Cupertino company is back with a second generation of the Watch SE, with some new features taken from the Series 8.

The Apple Watch SE (2022) eliminates the Series 3 from the catalog, and offers a 30% larger screen while radically reducing the carbon footprint of its manufacture (-80%). This model offers the same accident detection function as on the Apple Watch Series 8, but also Family Setup, which allows you to configure your children’s connected watch from the parents’ smartphone. A feature that was missing from the first Watch SE. Its new chip promises better performance than the previous generation, it is announced as 20% faster. 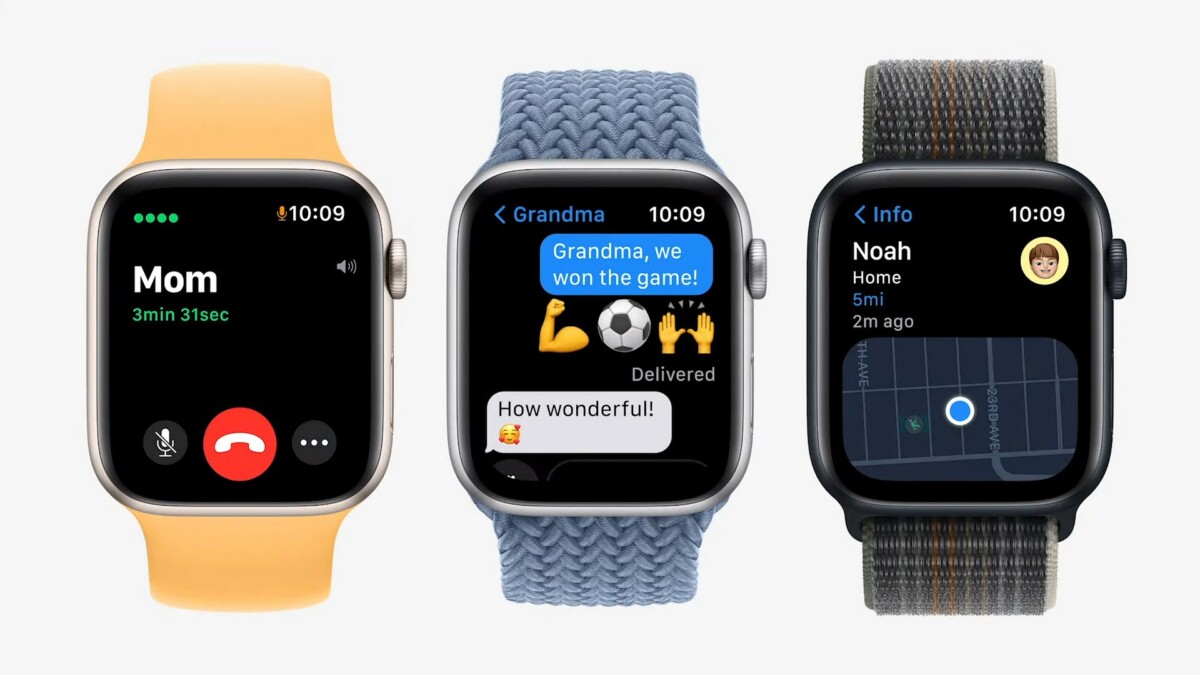 All the usual features are still there. Sleep monitoring is still included, and you will also find in-depth monitoring of a large number of activities, such as walking, running, weight training or even swimming (the watch is waterproof up to 50 m ), which you can then find directly on your phone.

To find out even more, do not hesitate to read our complete test on the Apple Watch SE 2022.