The new Pixel Watch is open and looks like a maze inside. Very different from the Apple Watch. 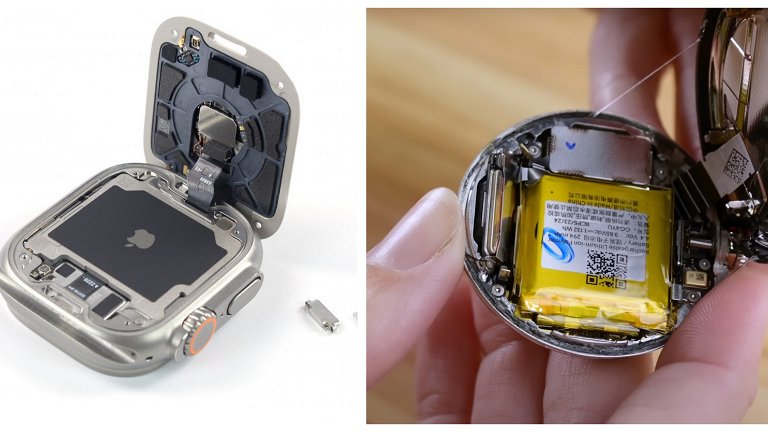 Currently, Google offers a variety of products to enter the device market. That’s the case, the giant company recently released the renewed Pixel 7 and 7 Pro family. Google lacked a market niche to enter and that was smartwatches, until recently.

With the release of the Pixel Watch, Google is laying the groundwork for what will be its next generation of smartwatches. We got to see how iFixit opened the watch and… what we saw, if we compare it to an Apple Watch, leaves a lot to be desired.

The Pixel Watch inside leaves a lot to be desired

Excited about a possible Google-branded smartwatch, we all would have thought the prices were going to be better, but nothing could be further from the truth. The prices of this device are a bit high. Especially if we compare the interior.

While it is true that the device looks exciting from the outside, the crown of the watch seems cheap at first glance and the screen, Amoled, seems to have questionable durability, according to some analyzes that have been made. on line.

As we can see in the image above, the Pixel inside seems much simpler, more standard in its manufacture than the Apple Watch, since as soon as we open the device, the battery is visible on the outside. naked eye and it doesn’t have the final care that Apple has.

A labyrinth to access the screen and the battery

Another notable aspect of disassembly is trying to disassemble the battery and the screen. In this case, you have to disconnect a lot of connectors and strain the battery a bit (with the damage that can be caused with that).

At the end of the body, there would be the battery and screen connectors that can be disconnected from the watch, making disassembly of the device a bit labyrinthine and not very accessible. As we can see, we notice the price difference with Apple in these small issues.

Differences aside, the Pixel Watch isn’t bad as a starting point

We can be very critical, but we have to remember that this is the first generation of the Google device. The same thing happened with the Pixels, which made phones that weren’t perfect but had some very standout features and over time they got better for the rest.

So hopefully the Pixel Watch in this respect is the same as its sibling phones. If it is true that we cannot compare the watch with the Apple Watch, neither for the price nor for the years of development, we can say that it is good for a first generation.